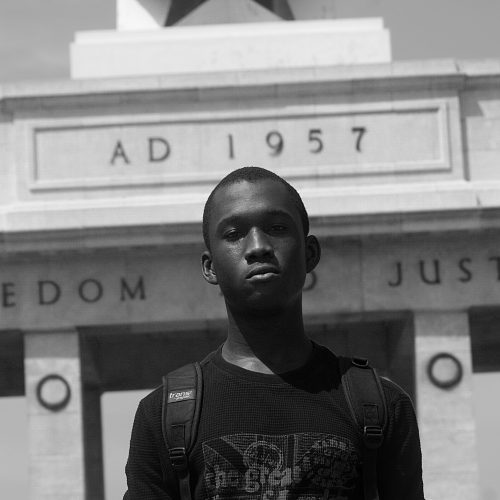 Back to the Afrofuture

„Virtual and augmented reality offer a new horizon of creative expression open to African artists which embody afrofuturism by their very nature. As we venture once again into a brave new world, the accumulated wisdom of our past civilizations becomes more relevant than ever. Jonathan Dotse is a digital hypermedia artist who seeks to bridge the gap between the distant future and the ancient past by tracing the threads that weave African societies together across the millennia.“

Biography:
Jonathan Dotse is a science fiction writer, afrofuturist, and digital hypermedia artist based in Accra, Ghana. Jonathan studied Computer Science and Psychology at the University of Windsor in Canada, and graduated from Ashesi University in Ghana with a bachelor’s degree in Management Information Systems. Jonathan created the AfroCyberPunk blog in 2010 to explore the creative potential of African science fiction and has since published several articles and short stories in various print and online publications. Jonathan is currently working on his first novel, a cyberpunk mystery/thriller set in Accra in the year 2057. He has also directed and developed a number of virtual reality (VR) productions, including Pandora (2015), the Elsewhen interactive VR experience for the Dakar Biennale (2016), and the VR documentary film Spirit Robot, which premiered at the Sheffield Doc/Fest (2017). In January 2018, Jonathan launched AfroCyberPunk Interactive, a digital hypermedia creative studio and publishing house which aims to pioneer new forms of immersive and interactive content that encapsulates a wide spectrum of traditional and new media into seamless, multidimensional experiences.

All Sessions by Jonathan Dotse (Ghana)